We have an amazing lineup of instructors coming to CONNECT 2018! And because of the unique format of the conference, there’s no need for you to agonize over which workshops to sign up for…you just have to register and show up. 😉 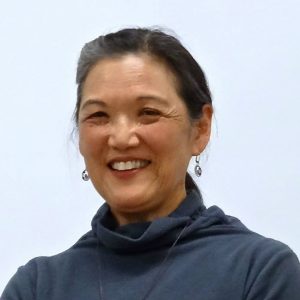 PJ Hirabayashi is the Artistic Director Emeritus, former Artistic Director, and founding member of San Jose Taiko (SJT), a world-class performing ensemble of taiko drummers. She is a pioneer of North American taiko, recognized in the international taiko community for her distinctive performance and teaching style that combines movement, dance, drumming, fluidity, joy, and energy. PJ’s current project is TaikoPeace, an extension of Karen Armstrong’s Charter for Compassion. As a certified Peace Ambassador for the Shift Network’s Summer of Peace 2012, PJ seeks to inspire personal, social, and global change through the music and art of taiko drumming.

嶋本 龍 first encountered taiko at age 11 in his hometown of Yuasa in Wakayama Prefecture, where he still lives and performs taiko today. He led Shippu Uchi Daiko for 15 years and launched his career as a professional solo taiko performer and instructor in 2008. 嶋本 龍’s style of playing emphasizes sensitivity, power, and clarity. He received his odaiko training from former Kodo core player, Mr. Katsuji Kondo, and has won several awards for his odaiko performances at taiko competitions across Japan. 嶋本 龍 is also an acclaimed composer whose pieces are performed by groups in Japan, Hong Kong, Europe, and the U.S. 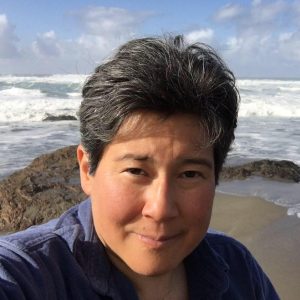 Tiffany Tamaribuchi is a taiko trailblazer and an internationally-recognized taiko master. Her experience as both a performer and teacher forms a bridge between Japan and North America. She won the 2002 All-Japan Odaiko competition and has performed and toured with a number of notable groups from Japan. Her work as a teacher has made her a popular workshop leader, private instructor, and mentor for individuals and taiko groups. Her taiko studies have not only taught her determination and perseverance but also transformed her sense of life’s possibilities, which she now shares with a wide variety of students and audiences. 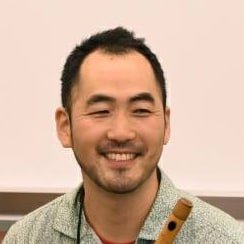 Kaoru Watanabe is a Brooklyn-based composer and musician who specializes in Japanese shinobue flutes and taiko drums. Watanabe creates music that is at once personal, philosophical, meditative and virtuosic, which reflects his extensive background in Japanese traditional musics, American jazz, and his devotion to cross-cultural musical collaboration. A former member and artistic director of the Japanese taiko ensemble Kodo, Kaoru has also worked as a soloist with artists ranging from Yo-Yo Ma to Wes Anderson and will be premiering his first piece for orchestra with the Sydney Symphony in February 2018. He is also an instructor for kaDON (an online taiko and fue resource presented by Miyamoto Unosuke Shoten of Tokyo) as well as the founder of the Kaoru Watanabe Taiko Center in New York.

Every now and then, fellow taiko players will tell me that my drumming … END_OF_DOCUMENT_TOKEN_TO_BE_REPLACED